Samsung UN55F9000 Ultra HD is a TV that shines for excellent image quality, clean, elegant design and Smart TV functionality complete. The arrival of the Samsung UN55F9000 shows how the world of the Ultra HD is in fibrillation. After the forerunner Sony, arrived by return LG and Samsung who completed a hat-trick of the first manufacturers who have launched in the glittering world of TV 4k.

The series X9005A Sony has been amazed at the excellent quality of picture and sound department of his model 65″, but the family of Samsung F9000 is no exception, focusing strongly on the hardware sector with some exclusive features, the advanced 3D and Smart TV functionality.

What characterizes the Samsung UN55F9000 and the family in general – is not so much the UHD/4k resolution of the LCD panel (3,840 × 2,160), which promises sharper, more detailed and therefore, more realistic, as the processing power behind: a graphics engine quad core Quadmatic Picture Engine that is able to convert content with efficacy in standard definition and HD. 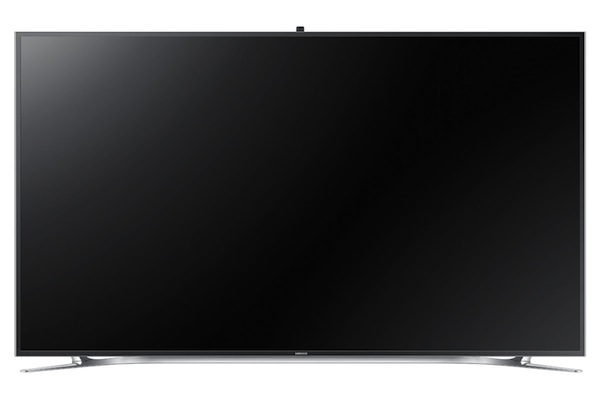 Upscaling technology works, of course, also in 3D, making the Samsung UN55F9000 the first UHD 3D TV active, although this may be of little interest the common user, given the unpopularity who enjoys video content in three dimensions. Returning to the basic features of the Samsung UN55F9000, we find a screen LED backlit Ultra Clear Panel, the same series F8000 Full HD, but with Micro Dimming Ultimate technology, which allows finer adjustment of the brightness in each area on the screen. The refresh rate is 1,000 Hz, and guarantee smooth images without ghosting even in the most hectic action scenes.

Obviously, Samsung UN55F9000 not miss the opportunity to act on every parameter of the image – dynamic range, white balance, color profiles, sharpness, noise reduction – so you get a natural image in every situation, being able to also take advantage of the preset profiles for the most popular sources (cinema, sport, natural, etc..). Just a shame that miss the preset Cinema Black, otherwise present on the series Full HD F8000, which optimizes the viewing of movies with 2.35:1 aspect ratio panoramic pushed, obscuring the black bars. On the contrary, now we perceive the brightness change.

Other presets (Dynamic and Natural) are particularly aggressive in the level of sharpness, with images that tend to appear unnatural and hyper opposed. Who feels confident and capable in the manual adjustment of the various parameters can create their own profiles optimized according to the content type.

The one offering the Samsung UN55F9000 is not only inside. Indeed, the design achieves levels of excellence, with the large panel surrounded by an elegant frame minimal and supported by a thin metal base and equally refined, according to the philosophy Slim Metal Design.

The extremely flat profile is explained not only by the extreme quality of the LCD panel with Edge LED and electronics support, but also with the arrangement of the main interfaces to connect the set-top box One external Connect: connected with a single cable to the TV, provides everything you need to put it inside of a system for home entertainment (4 HDMI, 3 USB, A / V, digital audio).

Particularly interesting is the promise of Samsung to update the dock periodically with new interfaces, such as the much-anticipated and desired HDMI 2.0 devoted to content UHD (coming in 2014 with HEVC), thereby lengthening the life of the TV technology. 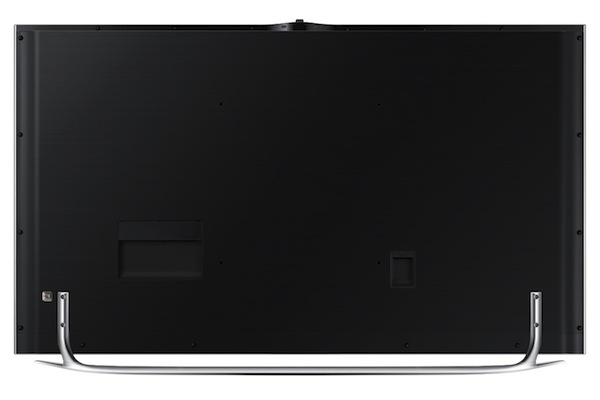 The contents 4k – broadcasting, streaming and optical media – are still missing, as well, to assess the quality in ultra definition, we must rely on the classic demo clips that each producer manufactures specially to shine on his own the last of his creatures.

Despite this strong limitation, quality assured by Samsung UN55F9000 is amazing. Despite a screen diagonal of ” only ” 55 inches, at the bottom of a dimension that is already available from time to Full HD TV, watching jaw-dropping for the fineness of detail and depth of color, with the increase of pixels actually palpable without artifice of any kind.

The powerful processing engine developed by Samsung has a fundamental contribution to make up the classic limitations of LCD technology in terms of fluidity of the resulting images and ghosting, a significant step forward, in addition to the sheer number of pixels fourfold on Full HD. Surprising is the result of the trolley and the pan shown in the scenes in urban and extra urban landscapes of the demo Samsung.

You feel immersed in the scene, with a significant advantage that comes from the minimum comfortable distance for viewing: the higher pixel density of the panel 55 ” (more than 65 ” ) have a great and positive impact on the depth of the image and the smoothness of transitions between different shades.

The quality of the Micro Dimming Ultimate is exceptional in the way that increases the depth of the black and the contrast of an LED backlight panel: taking as reference the series Full HD Samsung F8000, with the same screen but without the evolution of proprietary technology for local dimming, it becomes obvious the best reading of the details in the darker portions of the image.

Lacking native 4K content, the best way to take advantage of the excellent performance of Samsung UN55F9000 is to fulfill the so-called upscaling to HD images to Ultra HD. The Celtic’s South Korean manufacturer is geared to edge and fine detail, with excellent overall results due to the effectiveness of the powerful graphics engine, which makes subtle artifacts and digital noise in the darker areas of the image.

You only lose a little fidelity and richness of the colors. The results are less satisfactory when you decide to act on content in traditional resolution, that of common digital terrestrial channels. Remains the sense of greater clarity, although in this case, the images appear noisier.

If you still lack the native Ultra HD 2D content, useless to expect anything from the world of 3D to 4K resolution. What we can do at the moment is to try the 3D experience comparing to traditional TV, doing the upscaling of stereoscopic images from Full HD Ultra HD.

It is a very heavy task for the entire sector hardware and software of the Samsung UN55F9000 since the number of pixels is less than eight times that of traditional, and everything should be managed at a fast pace to ensure the proper functioning of the active technology (which opens and closes alternately the vision for each eye). Yet, even in this case, the Samsung UN55F9000 does not disappoint. 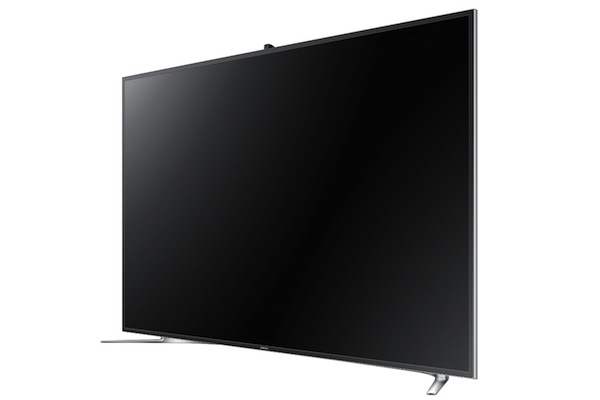 Already the high resolution increases the sense of depth of the traditional image, with a feeling of greater realism and, consequently, of immersion in the scene. The transition to 3D simply completes the work, with the extra detail Ultra HD which brings even more virtual experience to that of real life, as we view the law and perceive every detail.

The Samsung UN55F9000 confirmed to us as the technology force is still the best for pure image fidelity, subject to a higher vision for the comfort of the passive. If we find fault with this TV to 3D vision, occasionally we have verified limited, but still unwelcome effects of flickering or ghosting of images, without prejudice to a very high overall quality.

Each function is effectively managed in the Samsung UN55F9000, thanks to the setup menus easy and well organized, within the reach of users less accustomed with technology. Only when we enter in the advanced options, greatly increases the risk of getting lost: the features are arranged in two separate menus instead of being grouped into one for the Smart TV functionality, navigation through the content and options of choosing Samsung Smart Hub is pleasant, thanks to the intuitive presentation and high-resolution graphics, which allows you to view the same previews and background information.

The Samsung UN55F9000 is controllable with two remote controls, as is the current trend: the main controller performs the traditional functions of the TV while the secondary is for advanced controls via touchpad and microphone. There also remains the possibility of using the gesture, using the Smart Interaction 2.0 Webcam with front pockets, by more accurate recognition of the controls with respect to the immediate past (F8000 series), and the app for smartphone / tablet iOS and Android. This latter aspect is improved because for fully manage your TV, you need to install multiple apps for each area, when some competitors integrate all within a single tool and more practical tool.

Audio – If the video quality of Samsung UN55F9000 is stellar, or nearly so, the audio is just good. Take advantage of an integrated set 2.1 (two speakers and a sub woofer) that is appreciated, especially in the action scenes for the depth of sound and, in general, to the wide dynamic range, subject to a power above the average of the typical TVs (70 W total) and a limited response of the lower tones. From this point of view, as a system for home entertainment the Samsung UN55F9000 is far from rival Sony 65X9005A, which, with a very high quality set of speakers placed at the sides of the screen, has no rival in the world of television sets of the latest generation.

If the F8000 series stood at the top of the offer Full HD, with the new family F9000, Samsung confirmed their determination to get serious in the infant world Ultra HD. The Samsung UN55F9000 is a spectacular TV with 4K resolution, armed with a stylish design, a mature and Smart TV platform with unrivaled streaming content, or nearly so, for the richness and quality, and an intelligent system for connectivity to set- top box external upgradeable.

The quality is in the vision at the highest levels, with the plus of a highly effective upscaling HD content, both 2D and 3D. Last but not least, Samsung has also succeeded in bringing the quality of the Ultra HD to a threshold of relatively affordable price, particularly in the size 55″ subject of our test. 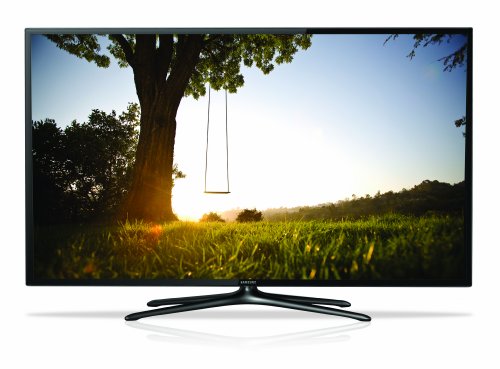 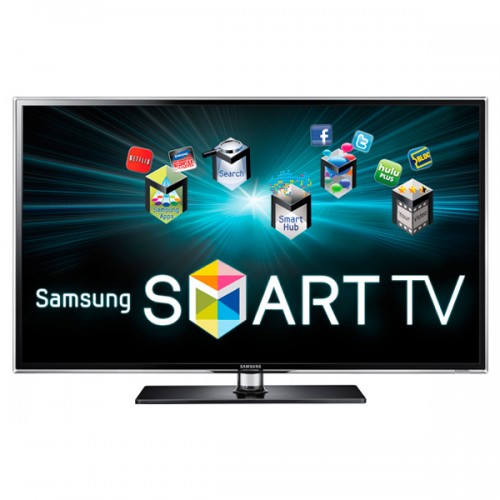 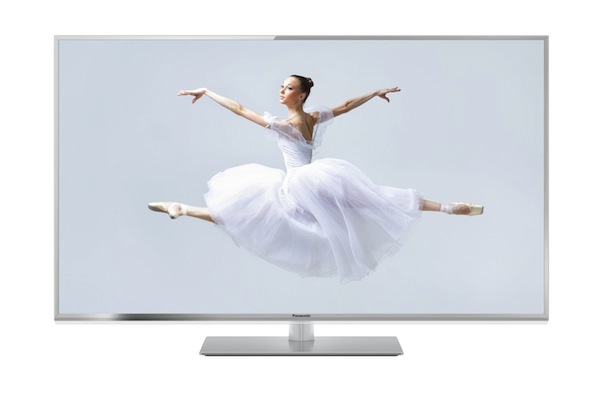 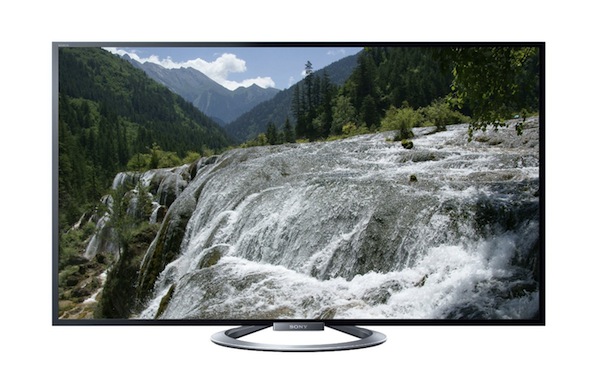