Xbox One is the new generation of the award-winning gaming console produced by Microsoft. The new edition has been renewed every point of view: new design, new hardware features, new software and new ambitions. The console is designed as a set-top box that can control the TV, bringing up as much film as video games, so video calls with Skype as Web browsing with Internet Explorer.

Not just a gaming console, in short, but something more evolved. The package provides for the inclusion of three basic elements: the body of the console, a controller and a new Kinect. This item allows you to ” see ” and ” hear ” the user, who has the opportunity to issue remote commands to your TV without having to use any remote, there are sufficient voice and gestures.

What are the differences between the Xbox 360 and Xbox One?

What is the DVD player?

The reader will serve both to load and run games, how to play movies on physical media. Although the console is “cloud-powered”, prepare a DVD player in each room means to allow anyone to post content, particularly heavy, which downloads would not otherwise have been possible.

It should be remembered as the Xbox 360 came out on the market without Blu Ray player at the time because Microsoft chose to support the fallen HD DVD: in this case, the new Xbox comes with a Blu Ray instead integrated from the beginning, although it is certain that with the Over time, the role of the reader will gradually be replaced by a functional level content for download.

What’s new Kinect for Xbox One?

Compared to the first version of Kinect, the new sensor has a camera extremely enhanced, can handle 2GB of data per second with Full HD (1080p, while previously Kinect stopped to a VGA sensor). The greater depth of image analysis allows the sensor to steal many more details, sensing the movement so much better than the user’s mood, managing to get to the heart beat to put the necessary data available to potential games based on exercise.

The new sensor will be able to handle addition of up to six people simultaneously, which may allow a greater number of players simultaneously in the same session. Finally improved the basic audio capabilities, on which the Xbox One bit much to handle voice interaction user positioned in front of the TV.

The Xbox One can manage the TV?

This is the promise carried out by Microsoft. The idea is that the console is not only a means to play, but a device to control more generally all that is conveyed by the display of the TV. During the presentation, Microsoft has shown for example, that it is possible to change the channel by simply asking aloud to perform the operation: it is sufficient to appoint a channel or another program to see the change immediately operated.

Not only asking the Xbox to view the guide, you can access a TV guide through which to make their own choices. If you were to receive a Skype call while viewing a movie, it is also possible to manage the two things in parallel through a small window in a corner projecting the image of Skype while on the rest of the screen continue to following the other images. The management of the TV channels should be available only through the purchase of an external decoder who currently did not have details yet.

Nor is it clear whether this function (high efficiency and convenience) will be fully available in all countries in which it will be marketed the Xbox One. Based on what transpired, it seems clear that the Xbox One cannot act as a VCR for video streams managed.

No. Microsoft Xbox One cannot make the use of legacy video games developed for the Xbox 360 since the architecture of the two consoles is different, and it is therefore, not possible to offer this option for users. No backward compatibility.

For this reason, it is necessary to pay attention at an early stage to the purchase of the right box: the market for Xbox 360 games will remain alive for a long time by virtue of the number of consoles already in the hands of users around the world. The largest securities market (FIFA 14, Call of Duty, Assassin’s Creed and others) will produce immediately ad hoc versions to maximize the computing power of next-generation.

Where to Buy XBox One 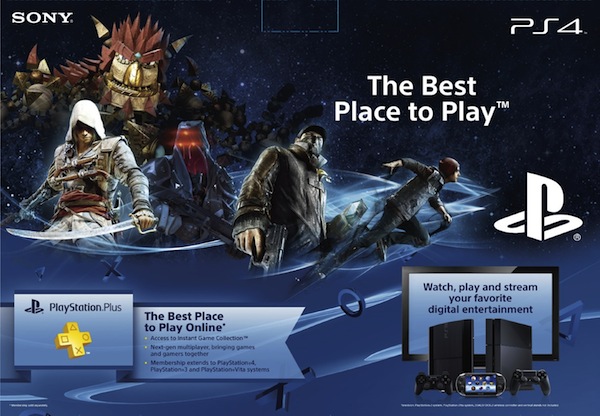